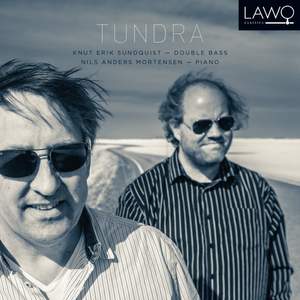 Although average listeners may not be so familiar with names such as Serge Koussevitzky, Reinhold Glière and Anatoly Alexandrov, they will be surprised at how romantic, virtuoso and soulful the music really is.

As a preliminary phase of this recording project, we embarked on a concert tour to some very remote places, taking along a Steinway grand piano plus one of the world’s best piano technicians, Daniel Brech from Germany, and photographer Trym Ivar Bergsmo. We held concerts in the engine room of Slettnes lighthouse on the northernmost point of the Norwegian mainland, in Nesseby Church, and in Sevettijärvi Bar deep in the Finnish woods. Some of the photographic results can be seen on the CD cover and in the booklet.

The recording was made in Sofienberg Church in August 2014, and we used LAWO Classics’ ‘new’ Steinway dating from 1892. The sound of the instrument is perfectly suited to this music.