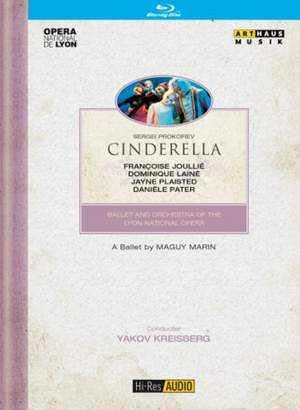 Ballet and Orchestra of the Lyon National Opera, Yakov Kreisberg

Directed for video by Mans Reuterswärd

Maguy Marin's highly original and magical version of the Cinderella story was an unparalleled success throughout its world tour. Anna Kisselgoff of the New York Times said that Marin's "vision reaches back into the universals of everyone's childhood - the hurts and joys resonate here with touching depth." The characters in her beautifully child-like version of the ballet are live dolls, with real human feelings projected upon them in the way children identify with their real playthings. The story unfolds within a doll's house set - the Fairy Godmother resembles a robot, Cinderella goes to the ball in a toy car and the Prince goes in search of his new love on a rocking horse…