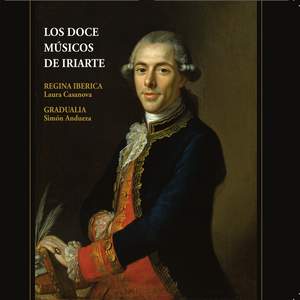 Musicians in the poem of an Enlightenment poet

In order to understand the taste of Tomás de Iriarte, it is possible to start with his admiration of Anton Raphael Mengs´ work. Maybe, the most representative painting of this artist Jupiter and Ganymede, the fake that made history, pretending to be an antique painting and convincing the art theorist Winckelmann that the technique of fresco painting was perfected during the Classical Era. What is interesting of this painting is that it does not depict the exact moment of the kiss between the god and his beloved, but the intention of the kiss. Classical Art was based on suggesting, in persuading, and to subtly invite to reflect (“engage”, Iriarte would say), through insinuation, unlike Baroque Art and its need to show in the raw every scene. This was the key to Classical aesthetics and the taste of the XVIII century for the antique. For Iriarte, Mengs was to painting as Horace was to literature and Haydn to music. These names sum up the ideal of the Enlightenment taste in the didactic poem The Music finished in 1779 and published a year later.

The twelve protagonists Spanish composers of this record are mentioned in the Chant III of the poem, the central one, the keystone, called «dignity and the use of music and specially the oneat the temple». The first two Chants (besides the inexcusable prologue with the justification of the poem) are meant, respectively, to a didactic explanation of the elements of musical language and to the musical expression of the affections, while the fourth and fifth Chants are centered in theatrical music and instrument music practiced in society. And so, the third Chant is centered in sacred music, the genre most identified with the technical fundaments: the polyphony and the counterpoint. The twelve musicians were probably chosen by Iriarte for standing out in their command over those «elements of the music art» explained in the first Chant and which, in painting, are the perspective, the design and the color.