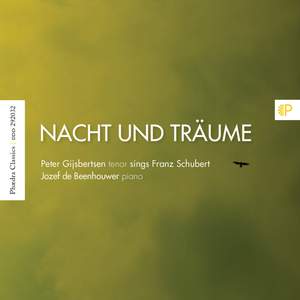 Peter Gijsbertsen graduated from the Utrecht conservatory summa cum laude. He is continuing his studies with singing teacher Gary Coward and vocal coach Gilbert den Broeder. He has also taken lessons with Cristina Deutekom and Roberta Alexander. In Glyndebourne Peter received the John Christie Award. In the 2012 edition of the International Vocal Competition ’s-Hertogenbosch he won in three categories, including the main prize in the Lied category. This led to solo recitals at the Amsterdam Concertgebouw and at the Doelen theater in Rotterdam. Opera parts he has already performed include Secrecy and the Chinese Man in Purcells “The Fairy Queen”, Lucano and Liberto in Monteverdi’s “L’incoronazione di Poppea”, the Young Sailor in “Tristan und Isolde”, the Novice in Britten’s “Billy Budd” (Glyndebourne Festival Opera), Tamino in Mozart’s “The Magic Flute” (Oviedo Opera), Gernando in Haydn’s “L’isola disabitata” (Dutch Nationale Reisopera) and Eurimaco/Giove in Monteverdi’s “Il ritorno d’Ulisse in patria” (Cologne Opera).