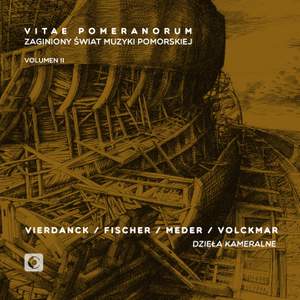 The Vitae Pomeranorum project was prepared by the Academy of Early Music Foundation and is aimed at promoting and popularizing the knowledge of music traditions of the old Pomerania, which spans the contemporary areas of Mecklenburg-Western Pomerania (German: Mecklenburg-Vorpommern) in Germany and the West Pomeranian Region in Poland, for which Szczecin used to be an administrative, economic and cultural hub for ages. This second volume in the series features a wide spread of composers, spearheaded by one name, Dieterich Buxtehude, the master whose influence at the time spread to the east, in accordance with the movement along the Hanseatic trade routes. During Buxtehude’s lifetime his work was most frequently performed and particularly valued in the north of Europe on both sides of the Baltic Sea.