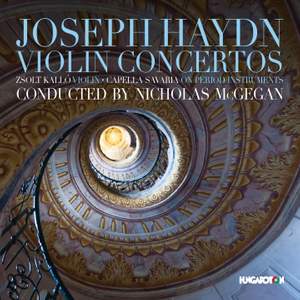 In the Haydn Catalogue, compiled by Anthony van Hoboken, there are four original violin concertos, but only three of them have survived. These were composed by Haydn in his early years, during the first decade of his employment by the Esterházy family. As for their style, concertos are compositions that faithfully reflect the traditions prevailing in the mid-18th century: they preserve the established Baroque solutions on the one hand but they also reveal some Rococo, so-called "galant" elements, introduced in the 1740s