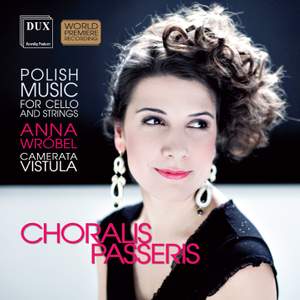 It was not until the turn of the 18th and 19th centuries that the cello made its mark in Poland. It was then that the first cello virtuosos appeared on the scene and that composers started to write for the instrument. Initially the pieces were sentimental and romantic miniatures of the salon type. Soon they were followed by sonatas, but compositions for cello and chamber ensemble were few and far between. Antoni Stolpe’s Scena dramatyczna (Dramatic scene) is the only surviving piece from that period, originally scored for cello and string quintet. The remaining 19th century compositions included on the present recording have been arranged for strings by Professor Andrzej Wróbel with concert performances in mind.