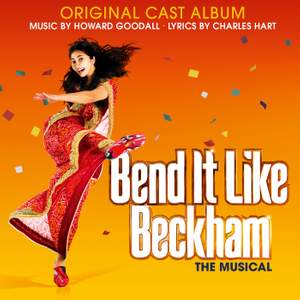 Goodall, H: The Engagement: Look at Us Now / Golden Moment / Get Me

Goodall, H: There She Goes

The original score is an East-West fusion of Bhangra and soaring melodies with music by Howard Goodall (Love Story, The Hired Man), lyrics by Charles Hart (Phantom of the Opera, Aspects of Love) and orchestrations by Howard Goodall and pioneer of British Bhangra sound, Kuljit Bhamra. Howard Goodall is an award-winning composer of choral music, stage musicals, film and TV scores and is well known as a TV and radio broadcaster. His best-known TV & Film themes & scores include Blackadder, The Borrowers, Red Dwarf, Q.I., Mr Bean and The Vicar of Dibley. For the past 15 years Howard has written and presented his own TV documentary series on the theory and history of music. For these he has been honoured with a BAFTA, an RTS Judges’ Prize for Outstanding Contribution to Education in Broadcasting and over a dozen other international broadcast awards. For 6 years he was host of Saturday Night at the Movies, on Classic FM, and also Composer-in-residence. In January 2011 he was appointed CBE in the Queen’s New Year’s Honours for services to music education.