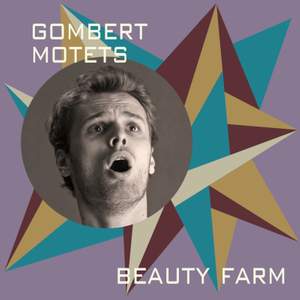 Gombert’s compositions are all vocal, some of which are for ensembles of up to twelve parts. His contrapuntal language is based on that of Josquin, but taken to the next level of complexity. Gombert’s vocal textures are often densely packed and the individual lines are characterised by an avoidance of rests. A substantial number of Gombert’s compositions survive, including ten masses, over 160 motets, 60 secular chansons, and a set of eight Magnificats (one in each mode). The motets on this recording, for 4–6 voices, are all fine representations of Gombert’s musical style.

Beauty Farm's interpretations evoke the spirit of the Hilliard Ensemble, offering a nod to their classic polyphonic style: never hurrying, never obviously cadencing. The results are indeed beautiful, if not slightly too-cool-for-school…Beauty Farm have made a debut of note