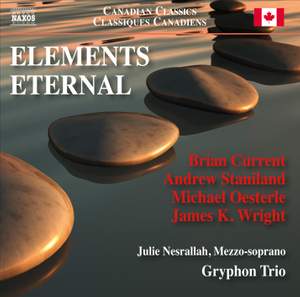 Current: These Begin to Catch Fire

These pieces are some of the best of many new works commissioned by the internationally acclaimed and award-winning Gryphon Trio.

Brian Current’s These Begin to Catch Fire was inspired by patterns of brilliant sunlight reflecting off the waters of Lake Muskoka, while Andrew Staniland’s Solstice Songs is a lyrical exploration of time’s universal markers, described by the composer as ‘the poetry of sound’.

Michael Oesterle’s Centennials is a tribute to three individuals who would have celebrated their 100th birthday in 2012, and James K Wright’s song cycle was inspired by Beethoven’s passionate letters.