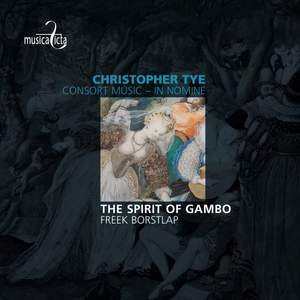 The Spirit Of Gambo

Farewell My Good 1. for Ever

Tye: In pace in idipsum

Tye: In nomine: Beleve Me

Christopher Tye was a 16th-century English composer and organist who received the degree of Doctor of Music from both Cambridge and Oxford. He was one of the first composers to write music for viol consort, and one of the most important of his generation. Over 30 instrumental pieces by him survive, including 21 In Nomine settings mostly in 5 parts.