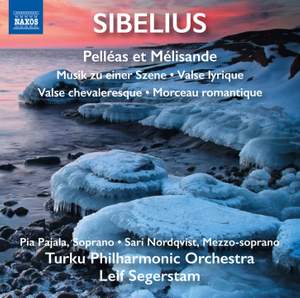 Autrefois, Op. 96b (version for 2 voices and orchestra)

No sooner had Sibelius moved to the town of Järvenpää in 1904 than he was commissioned by the Swedish Theatre to write incidental music for Maeterlinck’s Pelléas et Mélisande. At the time it was his most ambitious undertaking in the genre of incidental music and his setting included ten scenes, only one of which was cut when he adapted the piece as a concert suite. Dating from the same year, Musik zu einer Szene was originally intended to accompany a tableau and is full of striking contrasts. The two waltzes of 1921 are transcriptions of piano pieces, and reveal the potent influence of Tchaikovsky.