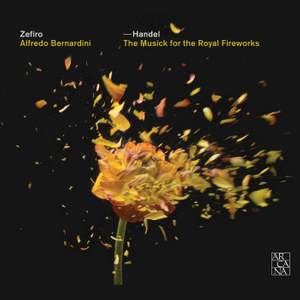 Handel: The Musick for the Royal Fireworks

Originally released in 2008, Zefiro’s account of the Musick for the Royal Fireworks is one of the Italian ensemble’s most successful recordings (among others, Diapason d’or of the Year 2009 and Gramophone Editor’s Choice) and remains a benchmark version for this celebrated spectacular masterwork.

Here it is again in their Arcana series, on the occasion of a new European tour with Handel’s Firework Music scheduled in June with performances in Grenoble, Versailles, Luxembourg and Halle.