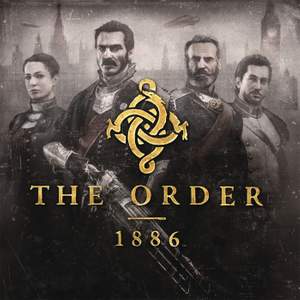 The original soundtrack to upcoming Playstation game, composed by Jason Graves. The Order: 1886 is an upcoming single-player action-adventure video game developed by Ready at Dawn and SCE Santa Monica Studio and published by Sony Computer Entertainment which will be released exclusively for the PlayStation in February 2015. It is set in an alternate history of London, where an old order of knights keep all of the world safe from half breed monsters, who are a combination of animal and man. Jason Graves is an Academy Award-winning (BAFTA) composer who has brought his passion for music to franchises such as ‘Tomb Raider’ and ‘Dead Space’. He is particularly enthusiastic about illustrating a project’s story and character arcs through the power of music. His sophisticated composition style has made his music synonymous with unique musical textures and cinematic orchestral writing.