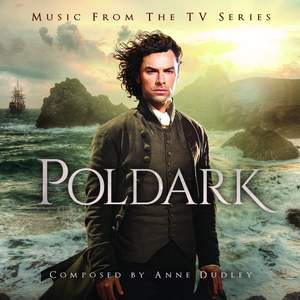 Anne Dudley’s haunting and moving score to the hugely successful BBC TV drama series, starring Aidan Turner in the title role. The epic adaptation of Graham Winston’s historical novels has been one of the most acclaimed TV productions of recent years and this sweeping and evocative score has been a key ingredient in this success. Relive the emotional high points of this classic series with Anne Dudley’s unforgettable music. Composer, arranger and producer Anne Dudley is a multi-talented and critically acclaimed musician. Not only classical and soundtracks, Anne arranged the strings for Robbie Williams’ ‘Reality killed the video star’. During her career, Anne has won an Oscar, Grammy and Brit Award. She directed the music for Bill Bailey’s 2009 tour, ‘Remarkable Guide to the Orchestra’ . Anne was music producer on the Academy award film ‘Les Miserables’ starring Hugh Jackman and Anne Hathway.