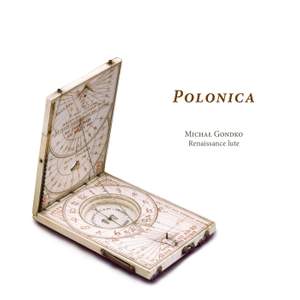 Lute Music With Polish Connections Around 1600

In addition to the works attributed to the lutenists active at the Royal Polish court in the late sixteenth century, there is a substantial repertoire of compositions identified as ‘Polish dances’ or ‘Polish songs’ which have been preserved in numerous sources of late Renaissance lute music. Characterized by an irresistible melodic charm and a straightforward harmonic and rhythmical texture, such musical polonica spread across Europe, achieving what might have been the widest distribution of musical ‘Polishness’ before Chopin. Four hundred years later, Polish lutenist Michal Gondko sets out to trace polonica in lute tablatures from around 1600, and presents a selection of forty compositions, many of which have not been previously recorded.