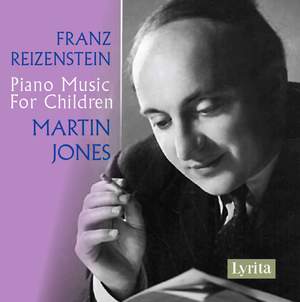 5 Imaginative Pieces: No. 3, A Stately Procession

5 Imaginative Pieces: No. 5, Over the Hills

Franz Reizenstein showed gifts as a pianist and composer from early childhood. In 1930 he went to the Berlin State Academy to study with Paul Hindemith and Leonid Kreutzer, but was forced to leave Germany upon Hitler’s rise to power. He arrived in London where he studied at the Royal College of Music. In the years following the war he built a successful career as a concert pianist. A respected teacher, he served as professor of piano at the Royal Academy of Music and the Royal Manchester College of Music. Reizenstein held a strong and often expressed belief in the importance of giving young musicians the opportunity of playing contemporary music during their early training. His related wish that music teachers would make more use of worthwhile teaching pieces by present-day composers bore fruit in a number of pieces for children and inexperienced players that appeared at regular intervals throughout his oeuvre, several of which are featured on this release.