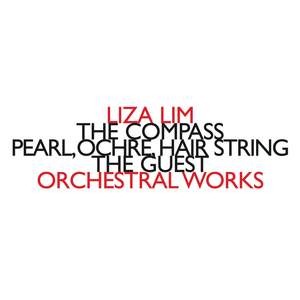 Lim's broader aspiration [is] to blend a kind of ecstatic expressionism with the evocation of an essentially primitive spirituality. To do this by way of orchestral forces capable of Straussian... — Gramophone Magazine, May 2015 More…

Australian composer Liza Lim is Professor of Composition and Director of the Centre for Research in New Music, joining the University of Huddersfield in 2008. Key works include three operas: The Oresteia (1993), Moon Spirit Feasting (1999) and The Navigator (2008), collectively shown in seasons in Melbourne, Adelaide, Berlin, Zurich, Tokyo and Brisbane, Moscow and Paris. In 2011, she collaborated with jazz pianist Uri Caine, singer Omar Ebrahim and Ensemble musikFabrik on the critically acclaimed 'Tongue of the Invisible'; the CD was selected for ‘best of 2013’ lists in The New Yorker and Sunday Times.

Lim's broader aspiration [is] to blend a kind of ecstatic expressionism with the evocation of an essentially primitive spirituality. To do this by way of orchestral forces capable of Straussian opulence increases the sense of strain that irradiates the musical fabric in 'on the edge' live performances

Lim’s music can be tangled and eruptive, and push instrumental technique and sonority to the limit, but it can also generate moments of shimmering sensuality and create oases of transparency and repose, so that the chirruping solo recorder that provides the focus in The Guest is surrounded by textures of great delicacy and tact.

[Lim’s] music suggests infinite turbulence, cosmic flux and spasm, eruptions and swirling vortices that drag you in, then abruptly spew you into another zone, no less volatile or intense. Carin Levine’s flute and William Barton’s didgeridoo heroically negotiate just such a convulsive and elemental soundworld in The Compass.