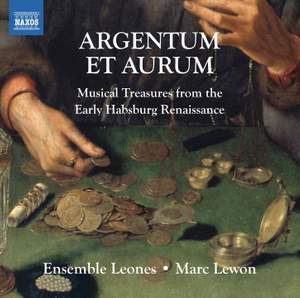 Ensemble Leones has come up with a good concept and gives a very lively, transparent and authentic performance of these tunes, originally sung by balladmongers. With an ear for authenticity,... — International Classical Music Awards, 2016 More…

Wolkenstein: Durch Barbarei, Arabia (Travelling through the land of the Berbers and Arabia)

The period of the early Habsburgs, from c.1340 to c.1520, saw the development of a richly diverse musical culture in the Austrian region. This pioneering selection, the product of an extensive research project conducted at the University of Vienna, presents an overview of music in everyday life, in many cases in première recordings performed by Ensemble Leones.

The music is sacred and secular, allowing the listener to eavesdrop on Tyrolean palaces, dance halls and bourgeois homes, and on the singer-poets who travelled the country where old local styles fused with the latest international fashions.

This recording is the product of much specialist work at the University of Vienna, conducted as part of a research project called ‘Musical life of the Late Middle Ages in the Austrian Region’. It documents music of the early Habsburg period from around 1340 to c.1520. There are a number of world première recordings of recently discovered music as well as hitherto unknown pieces in this disc. Ensemble Leones have attempted in their performances to recreate the musical ethos of the time and are highly regarded specialists in this repertoire with several recordings to their name – composer Arvo Pärt has praised their performances!

Ensemble Leones has come up with a good concept and gives a very lively, transparent and authentic performance of these tunes, originally sung by balladmongers. With an ear for authenticity, the musicians gathered around Marc Lewon take care to create a genuine sound, thus avoiding any artificiality.