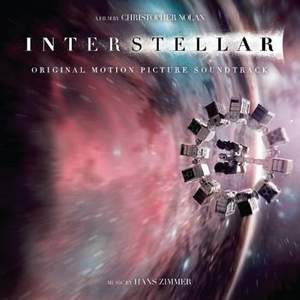 The new epic science-fiction blockbuster directed by Christopher Nolan, with an original score by Hans Zimmer. Available as a star wheel constellation chart digipak. The soundtrack to ‘Interstellar’ was composed by Hans Zimmer, whose career has earned him Grammy, Golden Globe, Classic Brit, Academy and Tony Awards. Interstellar, from Paramount Pictures and Warner Bros. Pictures, pairs the creative forces of Hans Zimmer and esteemed director Christopher Nolan, who collaborated previously on The Dark Knight film trilogy and Inception. “I believe that Hans’ score for Interstellar has the tightest bond between music and image that we’ve yet achieved,” Nolan reflected. “And we’re excited for people to be able to revisit the soundtrack once they’ve had the chance to experience the music in the film itself.” Starring Matthew McConaughey, Anne Hathaway, Jessica Chastain, Bill Irwin, Ellen Burstyn, John Lithgow and Michael Caine. Directed by Christopher Nolan, written by Jonathan Nolan and Christopher Nolan, and produced by Emma Thomas, Christopher Nolan and Lynda Obst.