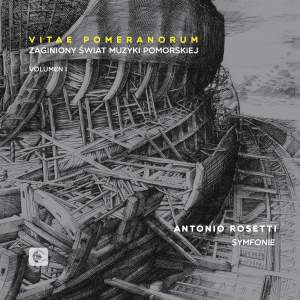 The Vitae Pomeranorum project was prepared by the Academy of Early Music Foundation and is aimed at promoting and popularizing the knowledge of music traditions of the old Pomerania, which spans the contemporary areas of Mecklenburg-Western Pomerania (German: Mecklenburg-Vorpommern) in Germany and the West Pomeranian Region in Poland, for which Szczecin used to be an administrative, economic and cultural hub for ages. The subject of the first volume, which took place in Chojno and Szczecin in 2013, was Antonio Rosetti, the 18th c. composer whose life and work were related to the history of music of what is known today as the Euroregion Pomerania.