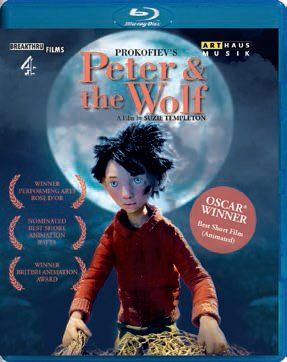 A Film by Suzie Templeton

It’s a wolf-eats-duck world. But it’s a world in which little boys can find extraordinary courage and – with a little help from a crazy bird and a dreamy duck (and none whatsoever from a fat, lethargic cat and two hooligan hunters) – can catch the wolf.

This much-loved tale has resonated deeply with over five generations of children, enchanted by its power and sense of fun. This fantastical new version by prize-winning director Suzie Templeton is set to delight a whole new audience.

The Making of Peter & the Wolf