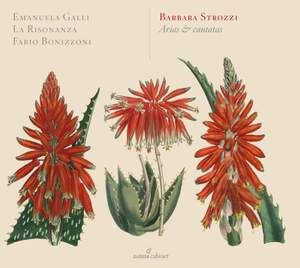 Despite its surprisingly simple title, Arie, the greater part of the collection published by Barbara Strozzi in 1644 consists of five cantatas and one serenata, all of which are included on this recording. In many ways, these compositions reflect the composer’s desire to experiment with and challenge the conventions of the genres with which she was working; challenges which are brilliantly surmounted here by the soprano Emanuela Galli and the instrumentalists of La Risonanza, expertly led from the harpsichord by Fabio Bonizzoni.