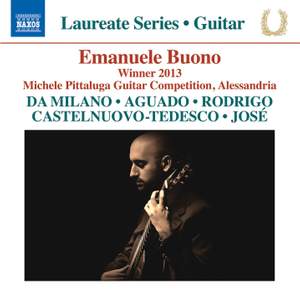 Emanuele Buono has established himself as one of the most highly regarded and active guitarists of his generation. His numerous achievements include winning the prestigious Pittaluga competition in 2013. This fascinating programme brings together music from Renaissance Italy, the golden age of the guitar in early 19th century Europe, and modern classical sounds from 20th century Spain.