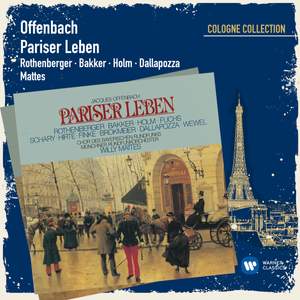 A wild party: Late 19th century Paris was a thoroughly modern city – not least thanks to all the urban reconstruction that had been carried out. Above all, the French capital had a reputation as the world centre of loose morals. In Offenbach’s operetta a Swedish baron and his wife fall into the hands of a local roué and con man, who tempts them to join in some wild partying and also relieves them of a lot of money: the piece is a racy satire about fleecing tourists and sexual permissiveness. Initially, it’s true, the organisers feared that the work’s frivolity would lead to repercussions – but audiences were delighted, and they still are thanks to Offenbach’s lively score and the witty libretto (sung here in the German version commissioned by the composer himself).