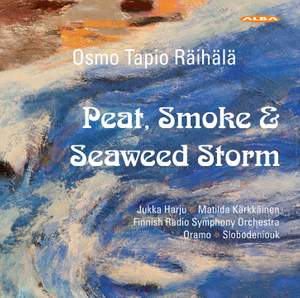 No. 2. Observers Are Worried

No. 3. Do Good in Case of Tomorrow

Sakari Oramo and Dima Slobodeniouk, pianist Matilda Kärkkäinen and French horn player Jukka Harju. The works on this record were inspired by things as different as a single malt whisky and the nature of Inner Hebrides, cosmic phenomena, African car stickers and a Scottish footballer. The work opening this record, Barlinnie Nine, is a musical portrait of the footballer Duncan Ferguson. In the very same evening when Barlinnie Nine was premiered, Ferguson – now a substitute – rose like a phoenix from the ashes to head the single goal of the game for Everton against Manchester United!