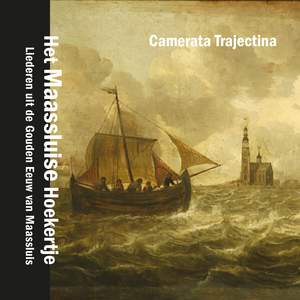 The production of " Maassluis Hoekertje " is the latest CD from the ensemble, Camera Trajectina containing songs from the Maassluise songbooks.

For Maassluis, the seventeenth century was a golden age and the population celebrated this age; you can hear the language from the local songbooks that appeared in Maassluis such as ' t Nieuw Maas - Sluysche Hoekertje , it Maes sluysche Compas and Maes - sluysse Meeuwe - lamentation - only titles all refer to the local economy.

Local songbooks were a fad in seventeenth- century Dutch cities and Maassluis was one of the first villages where we know one appeared: the said Maas - Sluysche Hoekertje CL Denik , first published in 1660 should be noted as such. The Maassluise songbooks were a lot more serious than the local secular vocal collections elsewhere - others contain a single perfunctory praise of the local beauties (in an especially amorous language!) and cheerful songs of all kinds, whereas in Maassluis the main themes were celebrating their local fishing economy and religion.