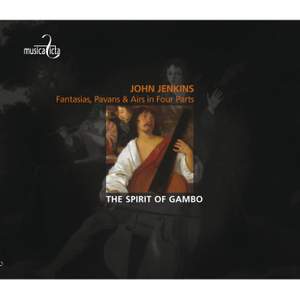 The Spirit of Gambo

The period between 1580 and 1650 is often referred as the Golden Age of English consort music, not only for the breathtaking amount of repertoire, but also for the incomparable quality of the music produced. Among the many brilliant musicians of this Golden Age, none shines brighter than John Jenkins, but still he is neglected.

The Spirit of Gambo focuses on consort music, a genre mainly intended for performances among family or friends, and usually played on between four and six viols. The tradition reached its peak around 1600.