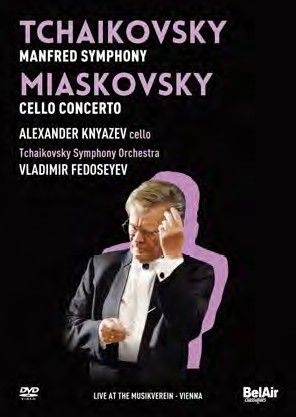 Filmed in one of the most prestigious world concert halls, the Musikverein, in Vienna, this fourth volume concludes a cycle of the concerts by the Tchaikovsky Symphony Orchestra under conductor, Vladimir Fedoseyev. This programme included the Viennese premiere of Miaskovsky's Cello concerto with soloist, and Honoured Artist of the Russian Federation, Alexander Knyazev. The Tchaikovsky Symphony Orchestra, headed by its artistic director and chief conductor Vladimir Fedoseyev, was the first of the Russian orchestras to be invited to perform at this prestigious venue, in this 2005 series described as 'triumphal'.