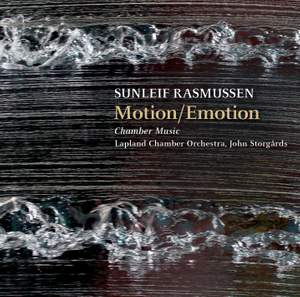 In the five works on this new recording, the prize-winning Faroese composer Sunleif Rasmussen (b. 1961) lets the melodies of Faroese folk songs become the musical DNA in powerful sound-evocations of nature - either latently as a basis for ingenious constructions of great sensuality, or quite directly, so that anyone in the North Atlantic islands can hum along. Interpreted by the acclaimed Lapland Chamber Orchestra under the baton of John Storgårds, Rasmussen’s music is in strong fellow Nordic hands on this recording.