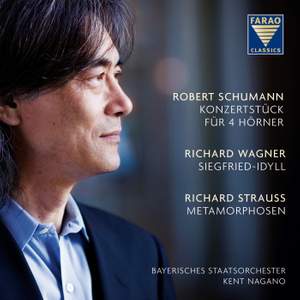 When conducting the Bavarian State Orchestra, of key importance to Kent Nagano is the orchestra’s special character which has evolved from its almost 500 years of tradition - it is one of the oldest orchestras in the world.

The distinguishing feature of this orchestra is its unmistakably warm and dark string sound, having been fostered by the great operas of Mozart and Wagner, and enriched not only through the works of Richard Strauss but through actually working with the composer himself. The result, through the tonal contributions of the horns and brass, is a basic tone quality which is wonderfully rounded, never stressing brilliance merely for the sake of brilliance.

As an opera orchestra, the Bavarian State Orchestra is immensely flexible and sensitive to the nuances and emotions of a score, a trait which in the 200 years of their activities as a concert orchestra, has formed them into such an exceptional ensemble.

Furthermore, it is the versatile and pioneering horn group which forms the backbone and power house of the orchestra, and not only in the music of Wagner. Richard Strauss’ father, who in his day was principal horn in Munich, is a much revered historical symbol for the musicians. The task of performing Schumann’s “Konzertstück” is one to which the horn group rises with more than bravura.

Richard Wagner’s “Siegfried Idyll” represents an important element in the orchestra’s tradition. Performances of this work, in which it is taken back to its origins to such an extent, are rarely heard, and its deep inner calm is rarely felt as much as in this new recording with Kent Nagano and the Bavarian State Orchestra.

Strauss’ late work “Metamorphosen” for 23 solo strings marks the end of a musical era. This is a piece which symbolizes contemplation of the past and closure, and at the same time the beginning of a new age.

Thus the program on this CD sketches, in its own quiet way, a portrait of the Bavarian State Orchestra.