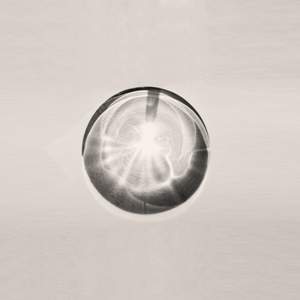 Performances are as scrupulously committed as one might expect from the London Sinfonietta, while the 5.1 surround sound enables those who have the requisite playback (or else state-of-the-art... — Gramophone Magazine, January 2014 More…

Like a Japanese garden, the music of notable Spanish composer Ramon Humet (born in 1968 in Barcelona) is beautiful, refined, transparent and often playful. Exuding an intense love of nature, and often inspired by Japanese traditional music for shakuhachi, it has received widespread praise from audiences and critics alike.

The album ‘Niwa’ brings together three Japanese-inspired chamber works: Four Zen Gardens, for three percussionists with resonant instruments including vibraphone and bells, Garden of Haikus, 10 short movements for piano trio and three percussionists, and Petals, which closes this journey through timbres with a piano trio. Each of the pieces is followed by a track of silence, intended for assimilation of the musical experience, “creating a space of expansion that dialogues with the work”.

Central to the project is the clarity and precision of one of today’s most prestigious ensembles, the London Sinfonietta - under the baton of one of Britain’s most promising young conductors, Nicholas Collon - and the potential for immersion in sound and fidelity of timbre that is offered by recording in high definition surround sound. It was recorded in the extraordinary natural acoustic of the Watford Colosseum in January 2012.

This innovative project by the independent label Neu Records uses the latest formats of recording and distribution in the service of three of Humet’s most representative chamber works, specially adapted in close collaboration with the composer for the surround 5.1 system.

Performances are as scrupulously committed as one might expect from the London Sinfonietta, while the 5.1 surround sound enables those who have the requisite playback (or else state-of-the-art headphones) to experience the music with a tangible sense of its spatial depth.