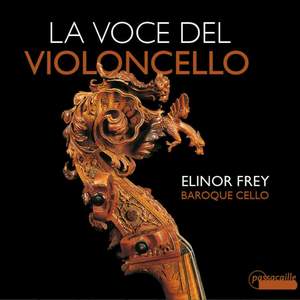 Gabrielli: Ricercar No. 6 in G Major

This fascinating release represents the excitement that musicians must have felt when the musical form of the time was going through a period of exploration and discovery as performers began to write idiomatic solos for their instrument and the cello was finding its voice. The recording follows the genre over approximately 75 years, from the mid seventeeth century to the death of the Neapolitan virtuoso Francesco Supriani in

1757, by which time the cello had spread throughout Europe, producing star performers with international careers.