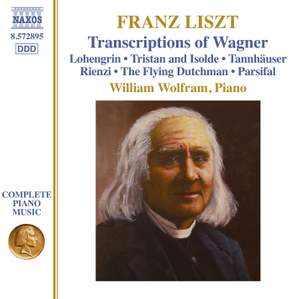 Liszt’s first meeting with Wagner in 1840 took place when the latter was struggling as a composer, and his transcriptions can be seen as part of a campaign to bring Wagner’s work to the notice of a wider audience. These include many of Wagner’s most famous dramatic moments, such as Isolde’s Liebestod from Tristan und Isolde and the Wedding March from Lohengrin. The program concludes with the Solemn March to the Holy Grail from Wagner’s last stage work Parsifal, Liszt’s transcription of which was published in 1883, the year of Wagner’s death.