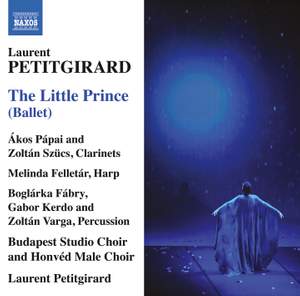 X. La Rose et l'Arrosoir (The Rose and the Watering Can)

The prize-winning French composer Laurent Petitgirard has earned acclaim for the unusually personal power of his theatrical imagination. His opera on Joseph Merrick, the Elephant Man, is an especially compelling work [Naxos CD 8557608-09/Marco Polo DVD 2220001] but his ballet score for Le Petit Prince (The Little Prince) is equally a work of vivid imagination. Petitgirard centres the score around a chorus, alternating instrumental sonorities to remarkable effect, and evoking the essence of Antoine de Saint-Exupéry’s text in its movement from dream to reality, and mystery to innocence.