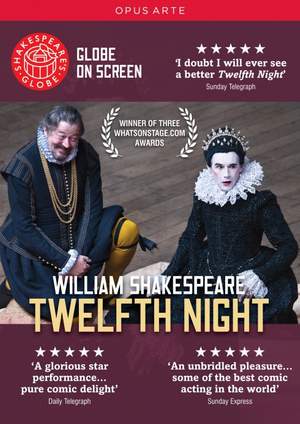 One of Shakespeare’s best-loved comedies, Twelfth Night was ‘blissfully reborn’ (Telegraph) for the 2012/13 season at London’s Globe Theatre, under the direction of Tim Carroll. The hilarious tale of misdirection and deception is performed here by an all-male cast, among whom we find Mark Rylance as Olivia and Roger Lloyd-Pack as Sir Anthony Aguecheek. The production also marks Stephen Fry’s triumphant return to the stage as the pompous Malvolio, ridiculous in his yellow stockings.

Broadcast into cinemas worldwide in June 2013.

One of the Globe’s finest & most acclaimed productions.