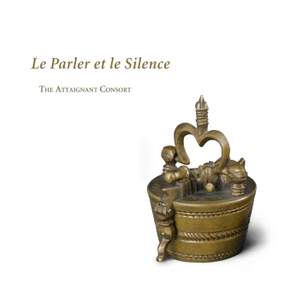 The Knight of the Lute: Fantasie

Pilkington: My choice is made

This recording is the sequel to The Attaignant Consort’s first disc – Madame d’amours (RAM 0706) – and the third and last in a series of three recordings presenting the art of the Renaissance flute, both as solo instrument (RAM1201) and as a consort instrument from the late fifteenth century until the middle of the seventeenth.

This disc places the accent on the musical transition of the seventeenth century, and shows how the consort of flutes adapted to the new styles of composition, which pushed it to the very limits of its possibilities. This recording illustrates the repertory for flute consort from its beginnings, including examples of the first instrumental fantasias, of airs de cour in four voices, a suite of English songs, bicinia, and finally French airs enriched with Baroque ornaments from the early eighteenth century.