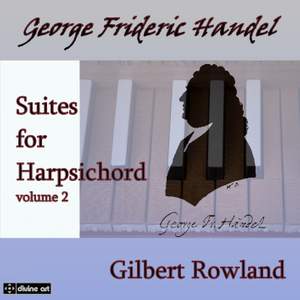 Handel’s solo keyboard music has for too long been overshadowed by his operas, oratorios, and orchestral music. This comparative neglect seems unjust in view of the considerably large quantity of keyboard music which exists amongst his massive output.

There are about 25 suites as well as numerous other single pieces including Fugues, Chaconnes, Fantasias, Preludes and individual dance movements. Amongst the suites there were two collections which were published in Handel’s lifetime. The “Eight Great Suites” first appeared in print in 1720 followed by a further six in 1733, often referred to as “The Second Collection”. There are also a number of “miscellaneous” suites.