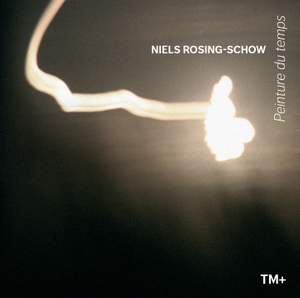 Although rather forbidding, they repay concentration and are full of unexpected textures. — BBC Music Magazine, May 2013, 4 out of 5 stars

Rosing-Schow: I giardini dietro la città (The Gardens behind the City)

Sound-magic and continuous transformations are key elements in the music of Danish composer Niels Rosing-Schow.

This world premiere recording by the leading French ensemble TM+ presents five of Rosing-Schow’s most profound compositions, all exploring the concept of time: time as motion, as process, as imprints or mapping – and time as space.

A marked sense of lyrical expression has always been a characteristic of Rosing-Schow, but in the later years he has combined this with an experimental exploration of the more dramatic and expansive possibilities of his musical material.

Although rather forbidding, they repay concentration and are full of unexpected textures.