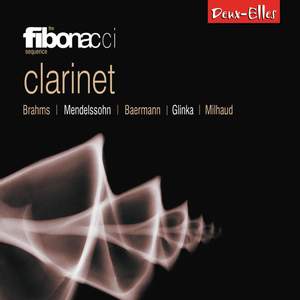 Distinguished chamber ensemble, The Fibonacci Sequence present their fifth disc in the instrument-led series of recordings focusing on music for clarinet.

Now in its eighteenth year, the Fibonacci Sequence is considered one of the UK’s most distinguished chamber ensembles with a wide-ranging discography and impressive reviews. The ensemble has performed at the world’s leading festivals and venues and it has been chosen for the season 2012-2013 by the Concert Promotions Network.