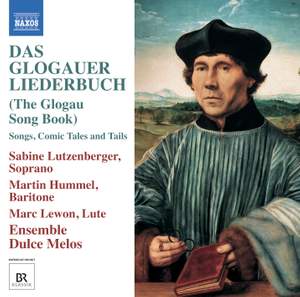 Glogauer Liederbuch, Part I: No. 252. Ach got, wie ser zwingt mich die not

Glogauer Liederbuch, Part I: No. 248. Der wachter an der zinnen

The Glogauer Liederbuch is a forgotten treasure, a rich repository of fifteenth-century music. It contains 292 songs, devotional chants and instrumental pieces which were performed by educated enthusiasts or students, not by professional musicians. The collection also includes several pieces known as ‘Schwanz’ (tail), which probably designates them as dances (‘schwanzen’ being a derivation of ‘tanzen’, i.e. dancing). The music sung or played in this Lower Silesian monastic community originated in many different countries, but all the pieces show a richly developed standard. The Liederbuch is the oldest known set of part-books from central Europe.