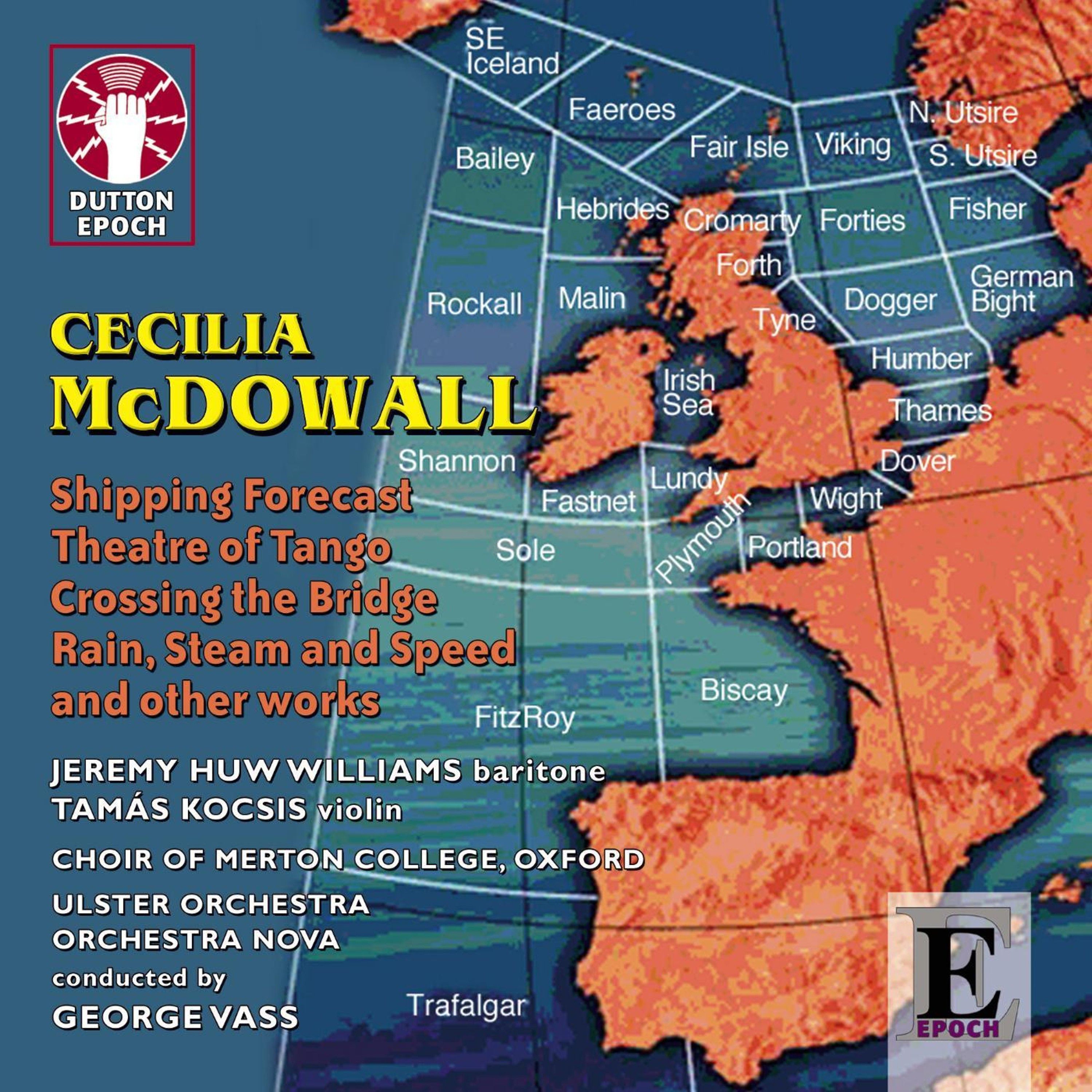 George Vass conducts the Choir of Merton College, Oxford, the Ulster Orchestra and Orchestra Nova in Dutton Epoch’s fifth CD devoted entirely to the music of Cecilia McDowall. The featured works, all recent and receiving their world premiere recording, range widely from sultry settings for soloists baritone Jeremy Huw Williams and violinist Tamás Kocsis of darkly evocative poems by Seán Street celebrating the tango, to a lively and inventive orchestral response to a painting by J M W Turner depicting a broad gauge engine steaming across Maidenhead Viaduct. Also included in this richly diverse programme is an atmospheric choral tribute to the Shipping Forecast and an evocative depiction for strings of bridges in Central Europe, London and New York. McDowall’s inherent lyricism and sense of poetry illuminates every item on a CD that will be an indispensable purchase for this directly communicative composer’s many existing admirers, and will surely win her a substantial number of new followers. George Vass has a longstanding and distinguished association with McDowall’s music, which pays dividends here in performances of great authority and insight.