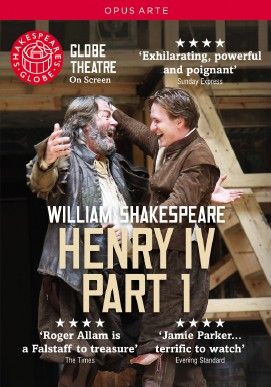 The first instalment of what is widely acknowledged to be Shakespeare’s greatest historical saga, Henry IV Part 1 is an epic tale of power, treachery and war, exploring the complexity of father-son relationships. Featuring an Olivier award winning performance from Roger Allam as Falstaff, the comical mentor to Jamie Parker’s Prince Hal, this is a celebrated presentation of the English classic, expertly directed by Dominic Dromgoole.

Debut production at the Globe.