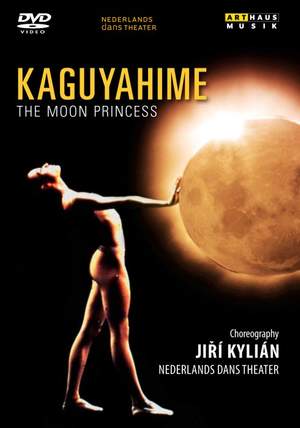 KAGUYAHIME is one of Japan’s oldest fairy-tales – the story of the moon princess who descends to Earth and is cared for by the family of an old bamboo cutter. Her luminous beauty is meant to spread peace and happiness, but instead the rivalry her heavenly presence provokes results in war.

Jirˇí Kylián one of Europe’s most highly-acclaimed choreographers, has created a highly-charged fusion of dance, music and theatrical images. The music, composed by Maki Ishii, fuses Western and Eastern sound elements, with Western percussion and Japanese drums, augmented by wind instruments closely associated with traditional Japanese court music. The visual impact of the piece is heightened by Michael Simon’s stunning design and lighting.

Nederlands Dans Theater’s performances of Kaguyahime have received universal acclaim and it has been hailed as a visual, dance and musical masterpiece of rare quality, a creation that will leave no one unmoved.