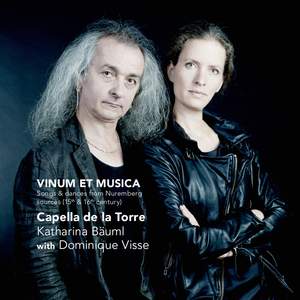 Capella de la Torre gathers together musicians who have made a name internationally as specialists for historically informed performance. The ensemble’s ambition is to perform the rich and hitherto insufficiently appreciated music of the Middle Ages and the Renaissance on authentic instruments and thus make it live again in the general cultural awareness. Its name has a double meaning. Its core is made up of the historical wind instruments such as shawm, bombard, dulcian, trombone and cornett, and such a formation was known at the time as “Capella Alta”. It is also a homage to the sixteenth century Spanish composer Francisco de la Torre. Capella de la Torre specialises not only in Spanish repertoire, but also music for the so-called “hauts (loud) instruments” like the shawm, bombard, dulcian, trombone and cornett from around the whole of Europe.