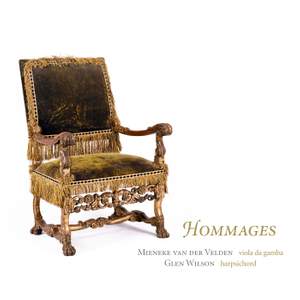 Homage in music can express different things: gratitude towards a benefactor, a more personal greeting to a friend or acquaintance, recognition of a colleague’s talent, or a testament raised in memory of a teacher or other departed dear one. Paying homage to a late musician with a Tombeau was already an ancient tradition in the time of Marin Marais. Initially, tombeaux were instrumental transcriptions of middle-age and Renaissance vocal lamentations, and were developed around the middle of the 17th-century for the lute, then for the harpsichord by Louis Couperin and Jean-Henri d’Anglebert, and finally for the viola da gamba by Sainte-Colombe.

The Tombeaux of Marin Marais are amongst the most original and expressive of those written for the viol, while the last examples of this tradition are the Tombeau pour Marais le Cadet, by Marin Marais (1725) and the Tombeau de Marais le Père, by Charles Dollé (1737). A programme full of worship, grandeur and sadness.