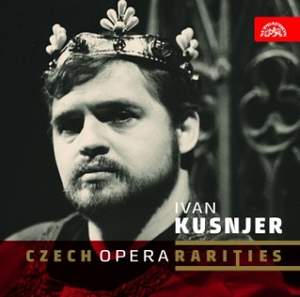 A special chapter is Ivan Kusnjer’s keen interest in lesser-known Czech operas. Works linked with the time of their origin only rarely pass the test of time. Yet the carefully prepared selection on this album indicates just how much interesting music remains in the archives, and the recording is hence a must for all opera lovers.