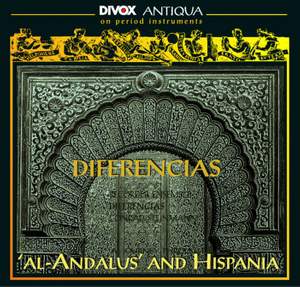 A Journey through ‘al-Andalus and Hispania’

Divox ’s new release of this month offers a fascinating musical journey through ‘al Andalus and Hispania’. The recorder ensemble ‘Diferencias’ presents a selection of works and songs from the 13th to the 16th century. The chosen repertoire is divided in three parts. First one will discover the very rigorous music composed and performed in the monastery of Las Huelgas in Burgos around 1290. The second part is dedicated to works by Antonio de Cabezon and Cristobal de Morales. And last, but not least the CD ends with a selection of cheerful but also sorrowful songs called Villancicos from the famous “Cancionero de Palacio”.