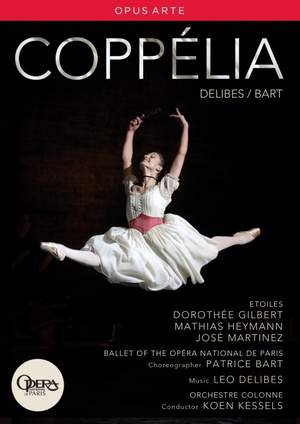 Premiered by the Opera De Paris in 1870, and inspired by the fantastical writings of E.T.A. Hoffmann, Coppélia tells the story of a young man who becomes besotted with an exquisite automaton and is finally brought to his senses by his fiancée. In their production from the magnificent Palais Garnier, choreographer Patrice Bart in his final production and designer Ezio Toffolutti explore the story’s darker side while doing full justice to the exuberance and elegance of Delibes’ glorious score.

This production was screened in cinemas worldwide in March 2011

The mystery of Coppélia