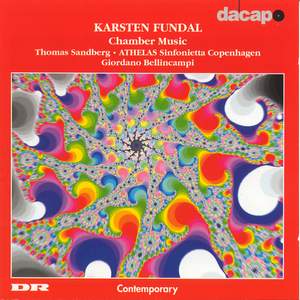 Fundal: The Wings of a Butterfly

Fundal: The Ways of Lightness and Falling

Karsten Fundal (b. 1966) studied as a teenager with Hans Abrahamsen and Ib Nørholm. Crucial to his artistic development, though, was his encounter with composers abroad such as the American Morton Feldman and the Dutch Louis Andriessen. Karsten Fundal had his breakthrough at the beginning of the 1990s with works like the sextet Anelsernes Land (1990), the orchestral piece Ballad (1991) and the piano concerto Liquid Motion (1993).